The Poverty Bay Blues Club in Collaboration with Smash Palace are very proud to announce our next major event – The Big Blues Up 2021.

Save $10 and Pre Order your tickets – order online here.

Kicking off at 7pm on Friday the 26th of March and running Saturday night and Sunday lunch time, we are going to be treated to no less than 9 quality acts over the three days.

Headliners this year are the very fabulous and Groovey Brilleaux – Supported by 8 high quazlity local acts.

They will be supported by 8 quality local acts.

Ernie J White – one of own and a Stalwart of the club – soulful electric blues.
Read more about Ernies recent album release here.

Killing Floor – Rocking Blues and more energy than a rabbit on speed.

Speaking of Rabbits – the least treat in store is The Rabbits – young talented folk that came out of the Smash Palace Build a Band experience – fantastic to watch.

Tickets are only $20 on the Door each day or $50 presales for all 3 days if you order online here. 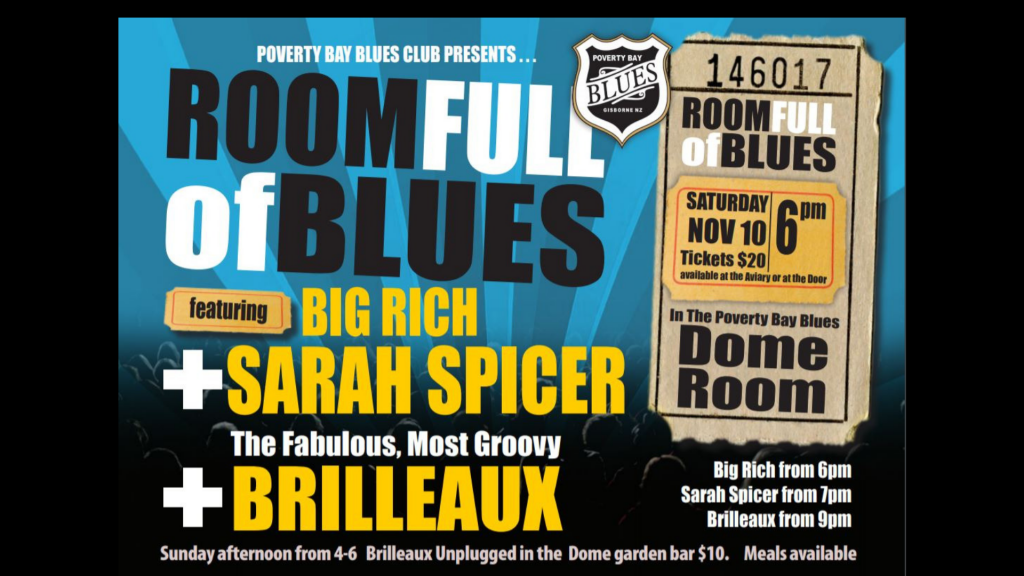 Brilleaux get to play the Dome Room!  That’s right folks, back from their hot UK Tour we are excited to announce
that Brilleaux are confirmed to play at the Dome Room Saturday November the 10th from 6pm onwards.

They will be joined by the fantastic Sarah Spicer and local Blues icon – Richard Alexander
on a night that will be truly memorable.

Then on Sunday afternoon we will be treated to the Brilleaux acoustic set live in Dome Room Garden Bar – 4-6pm. 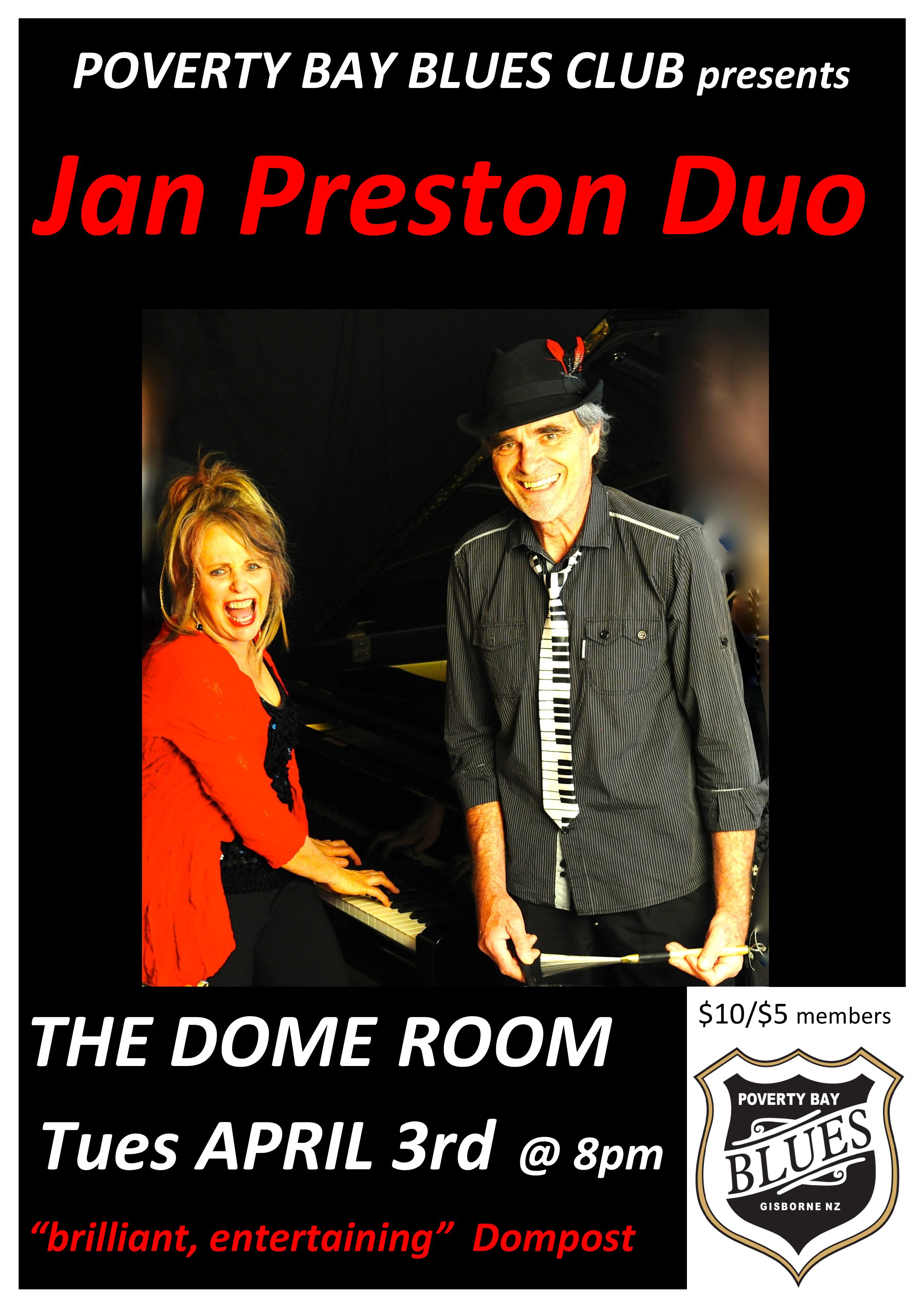 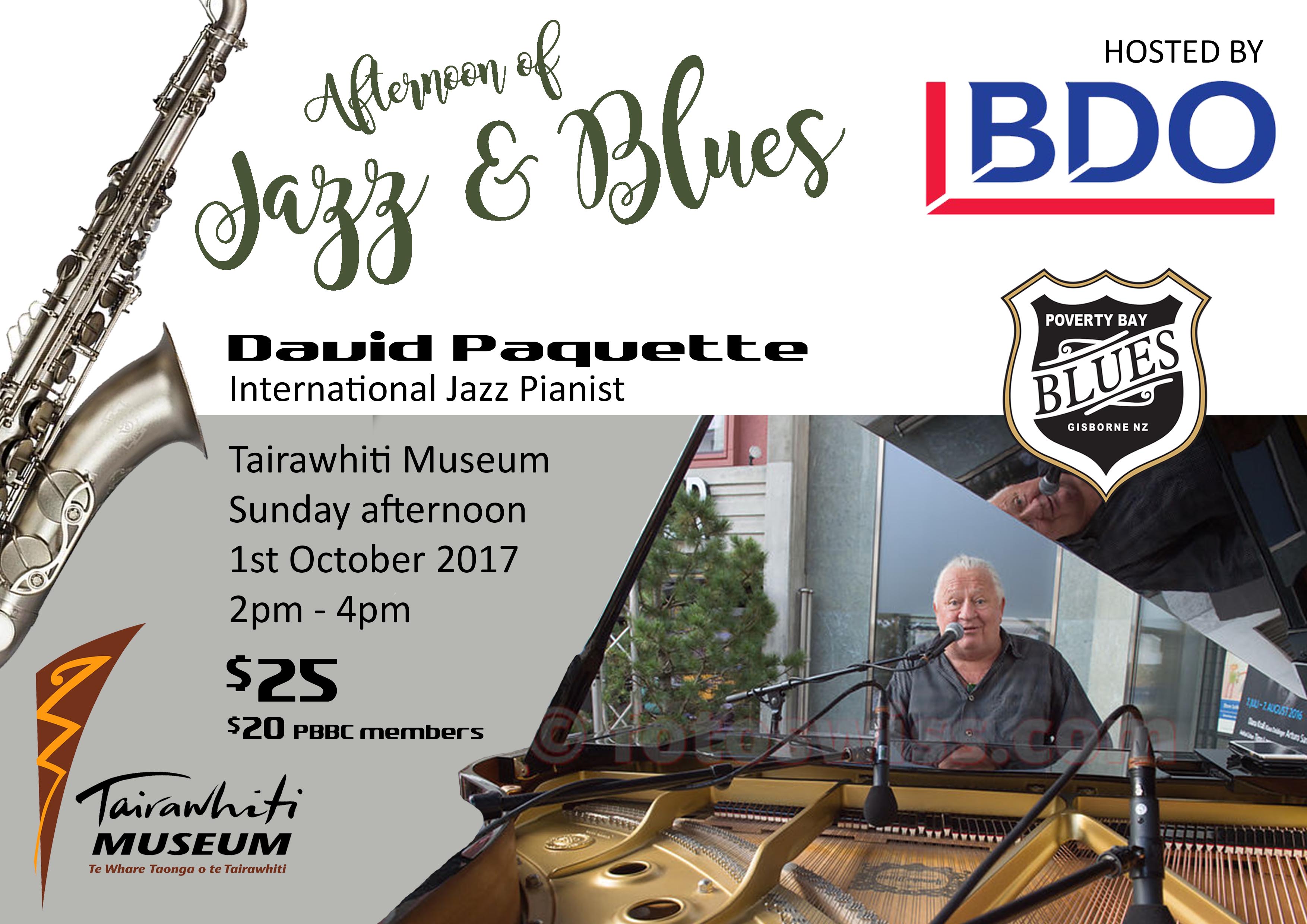 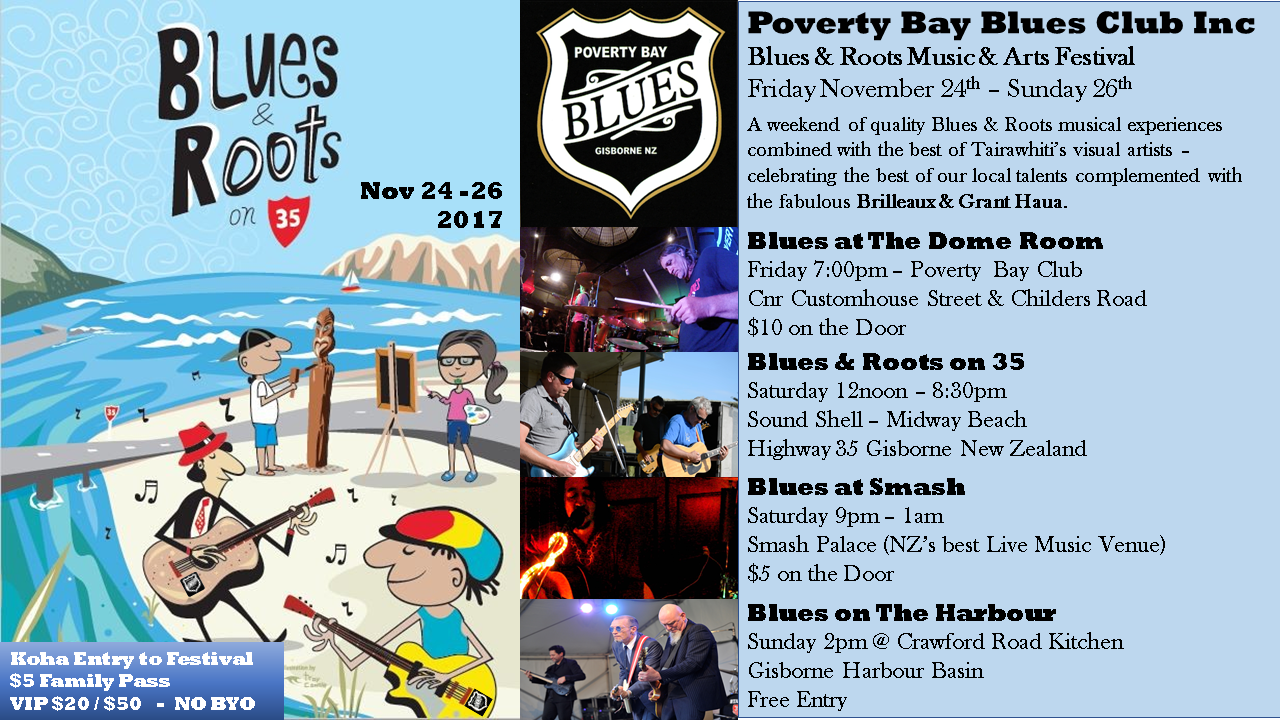 This year will be our third festival and we have changed the format to open on the Friday night at thew Dome room – Poverty Bay Club, a full day of music at the Soundshell from noon till 8.30pm and then an after party at Smash Palace from 9pm.

Our Vision for the Festival 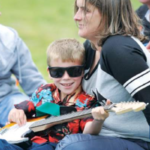 Last year was the ten year anniversary of the Poverty Bay Blues Club and to commemorate we delivered a free, fun family day of music and arts in acentral public location – namely the Community Soundshell in Marine Parade.

In 2015 we ran a “warm up” event and it proved very successful attracting around 1,000 people from all walks of life, ages and cultures.  One of our principal outcomes of the event is to attract a wide variety of people and ages from across the community and to raise awareness of the quality of some our local musicians – and in doing so also awareness of Blues & Roots as a genre of music that people wouldn’t typically associate with family activities.

Our vision is to build upon that event and this year attract around 2,000 people and host 9 hours of continuous Blues & Roots style music that is the cornerstone of our organisations ties with local musicians in the Blues genre.

The 2015 year event involved 32 local musicians as well as two out of town acts,
the headliners being Brendon Thomas & the Vibes 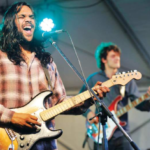 – well known X-Factor young and upcoming stars.
Along with local musicians were support people, volunteers and local businesses that all worked together to make the 2015 inaugural event a great success.

The principal differences to this year’s event will be the inclusion of a group of local creative artists that will be given a dedicated area to showcase locally produced art works.

We are in discussions with the local creative arts people, along with accommodation providers and tourism operators with a focus on developing a range of packaged experiences; whereby we bring people to stay at facilities on or adjacent to Highway 35 “The Blues Highway”.

We’d like to involve the locals as much as possible as part of our purpose as an
organization is to foster and grow an appreciation of Blues music across the community and give musicians a safe and fun medium to express themselves .

Our vision is to develop an annual event that not only showcases our local artists and musicians, but also fosters the notion of community spirit, connection to the land and each other through the medium of music and most importantly, being able to provide a safe, fun family day that Gisborne and Tairawhiti become renown for.

The festival will extend upon this part of our vision by;

We have already garnered the support of many preeminent local artists and they have expressed an interest in being involved and hence we are planning to host an arts tent for local artists to display their work and provide an opportunity for the public to become aware of these people and the amazing work that happens behind the art scene in Gisborne also.

The day is a free entry event and hence needs to be fully funded. The budget we had last year was $30,000, this year we are looking towards $45,000 – $50,000, however we were unsuccessful in securing the last portion of funding required to put on the original event; we have restructured the event to allow us to continue and hence will work with the GDC to host the event at the sound shell where there is an existing stage established and it’s a lower cost of infrastructure required for us.

To see first-hand how we put last year’s event together and how it went on the day – please see our Youtube video about the festival here:- https://www.youtube.com/watch?v=DFvujz0rTQU

We see the need of a free community event that is accessible, enjoyable and promotes the many positive aspects of Tairawhiti and acknowledges our collective responsibility for the land and life that we share here.

If you have any further questions, please do not hesitate to contact me directly. 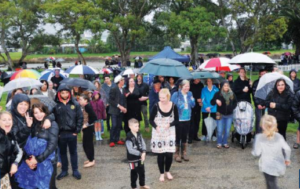 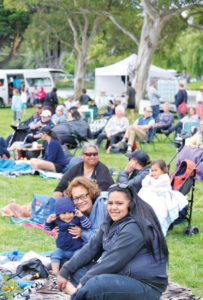 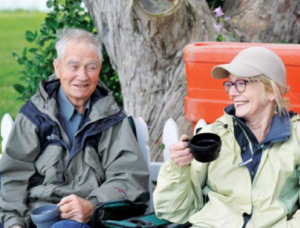 It’s made possible by our very kind supporters; 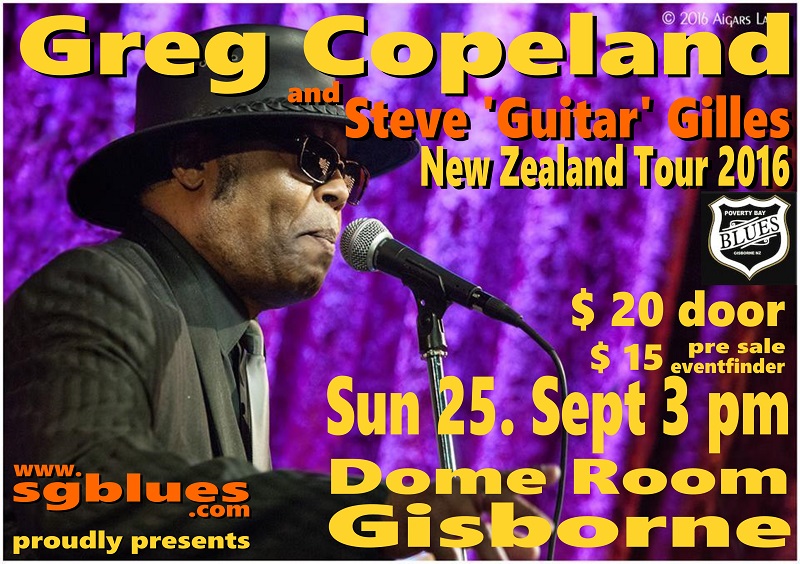 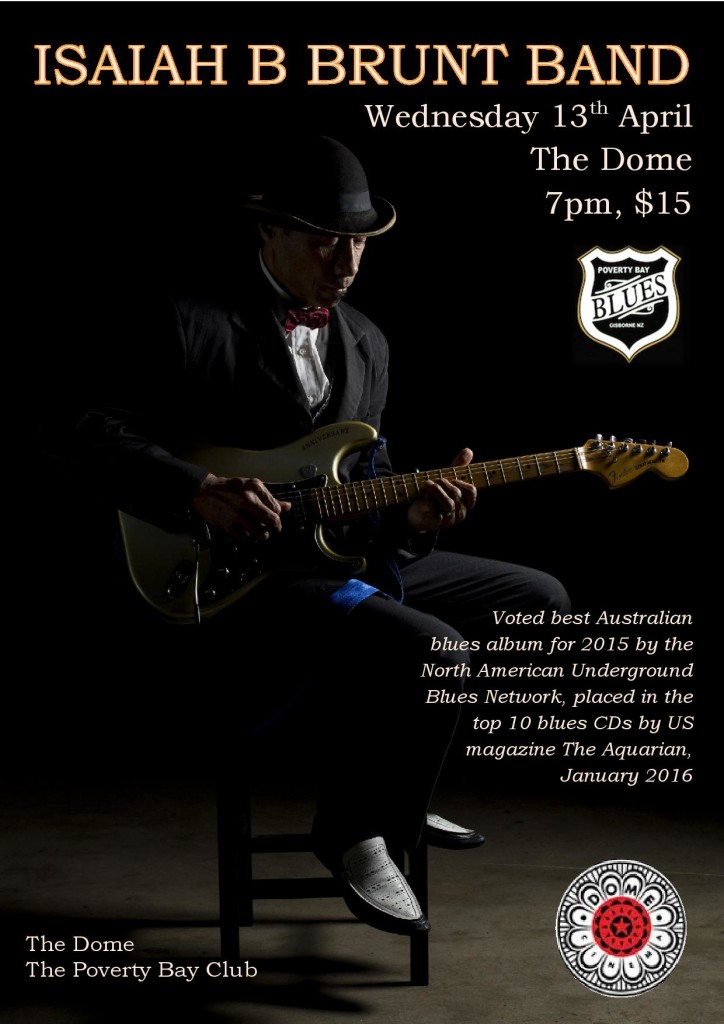 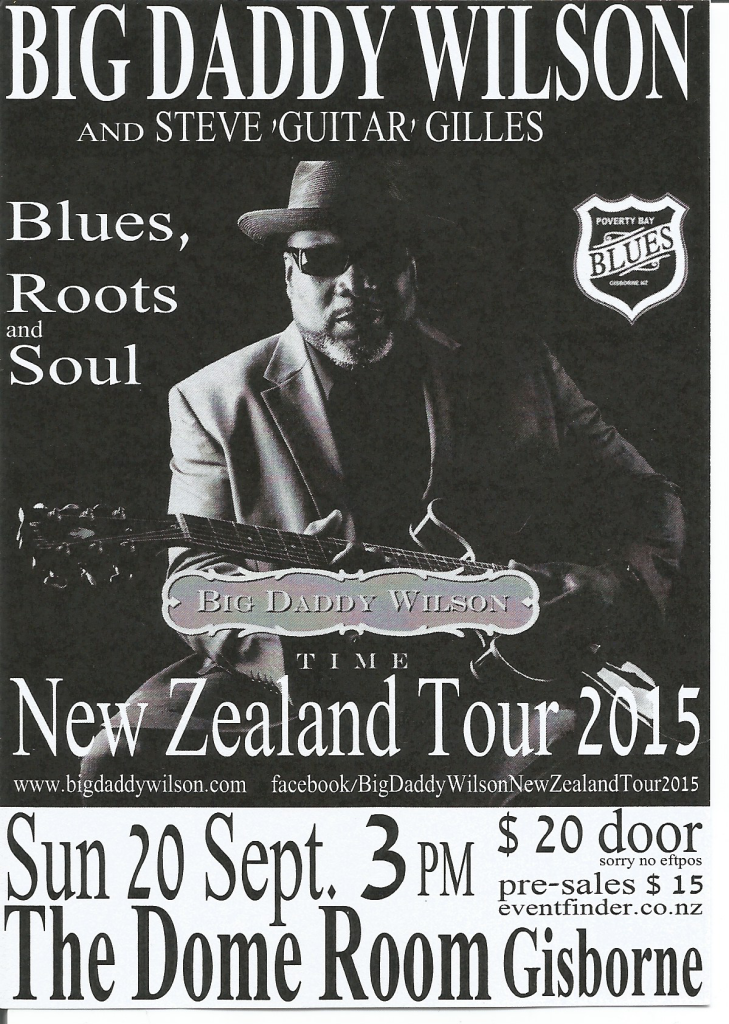 Three years ago Big Daddy Wilson, originally from North Carolina in the USA, toured New Zealand for the first time in a well received and successful tour all across the country.
Finally he’s back again, with plenty of new songs and a brand new album to bring along for the ride.
By his side is old band mate from way back and good friend Steve ‘Guitar’ Gilles, playing the acoustic guitar and resonator slide as well as blues harp.
Together they hit the road this September and October for 20 gigs in New Zealand!

Sunday 20th September 2015 – 3pm at the Dome Bar Gisborne
$20 on the door or presales from eventfind.co.nz – http://www.eventfinda.co.nz/2015/big-daddy-wilson/gisborne 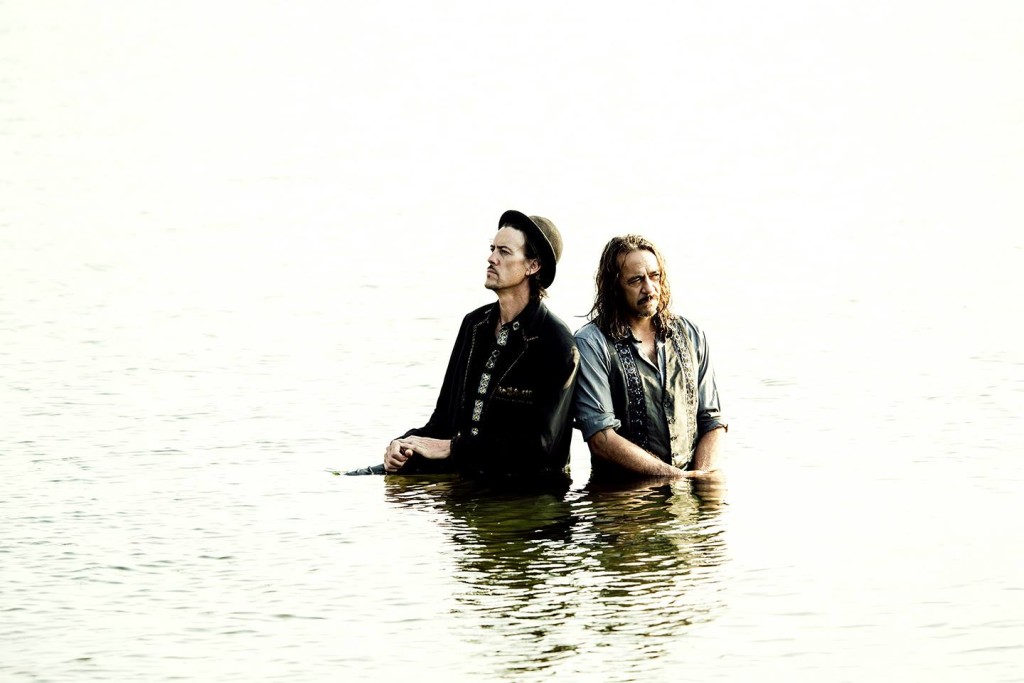 Ahead of their first USA tour in April 2015, Bay of Plenty’s Swamp Thing will play one show Saturday February 21 8pm at The Dome Cinema Gisborne.

Having garnered a loyal NZ & OZ following through consistently delivering their own special blend of high energy swamp infused blues music, Swamp Thing’s Michael Barker ( former John Butler Trio ) and Grant Haua are out to road test a batch of brand new songs while promoting a live DVD & Album called ‘ Let’s Get Live ‘.
The band was formed by Barker in 2010 on his return to Rotorua after living in Melbourne since 1985. Drawn to the two man blues format Barker fortuitously met Grant Haua, a man with true blues grit in his voice and fire in his belly. What has ensued is a musical collaboration that has attracted the attention of The Tipitina Foundation who have invited Swamp Thing as artists in residence in Baton Rouge for the month of April where the band will appear as featured international artist at The Baton Rouge Blues Festival ahead of a tour through Louisiana’s juke joints, bar circuit and participate in music workshops before hang time as guests at The New Orleans Jazz Festival.

For a night of toe tapping and jaw dropping entertainment make your way to The Dome Bar and Cinema on Saturday February 21 comfortable footwear is advisable!

tickets are also available from The Aviary in the PBC, 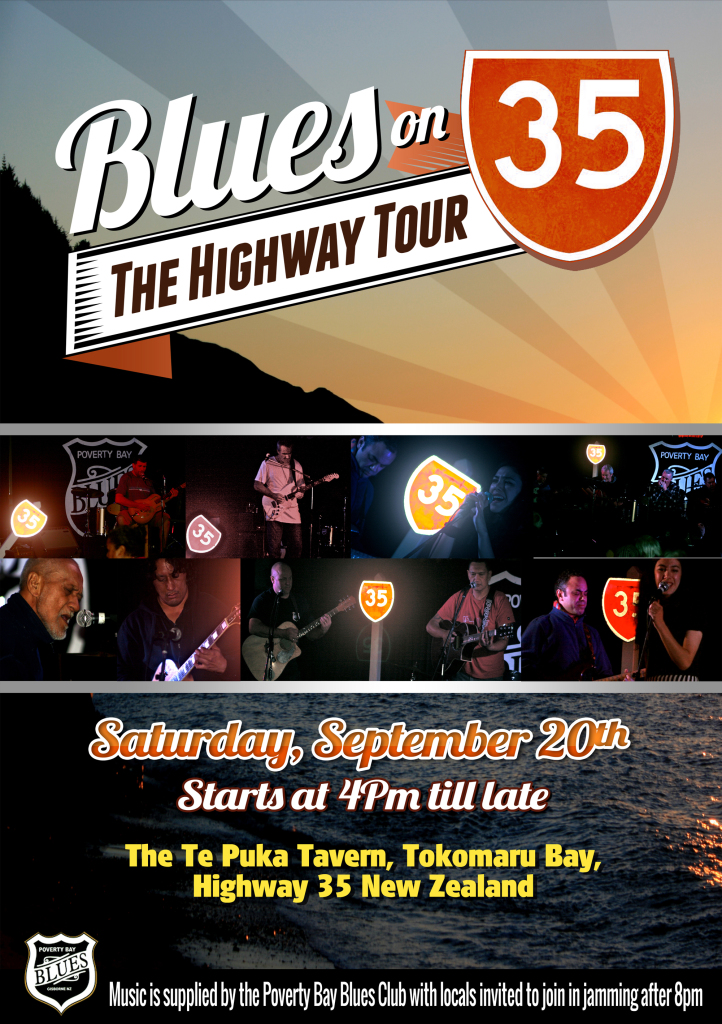 Highlights from the Tokomaru Bay Inaugural Blues on 35 Event!

Much more video footage to come, this is just a sample of the first few acts….

The next planned Blues Club Event is; 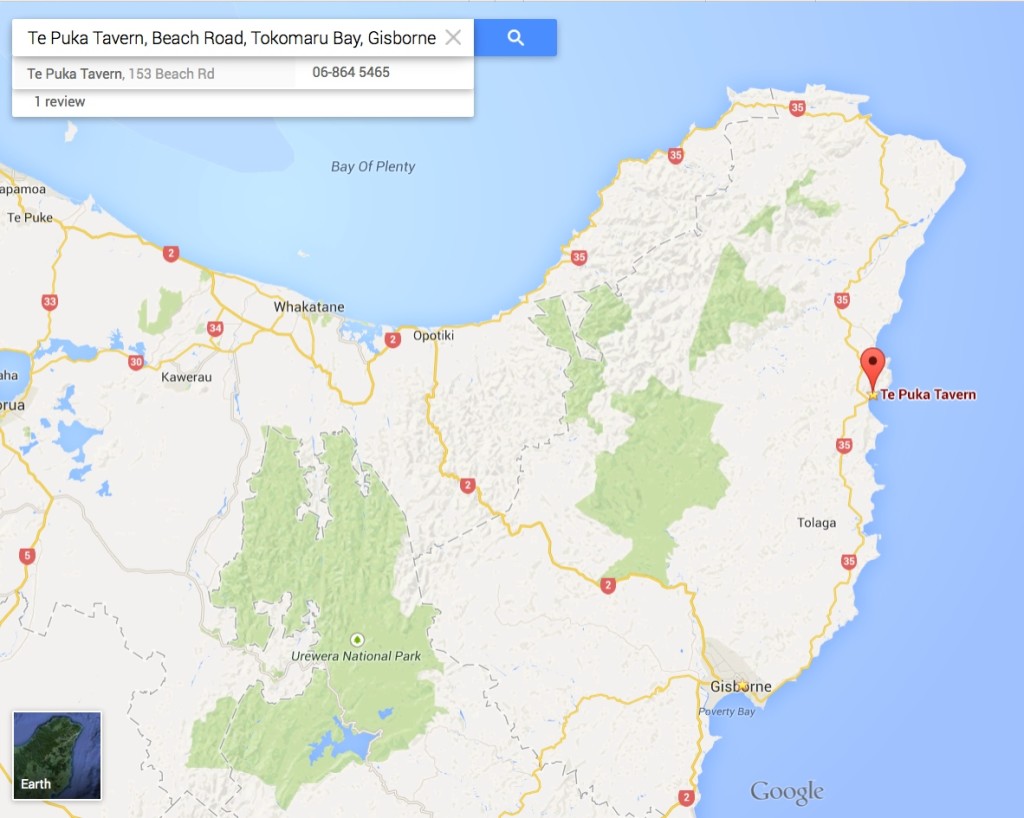 That’s right, we’re taking the Blues Club on the Road.

We’ll be at the Te Puka Tavern – Tokumaru Bay from 4pm in the afternoon until late.

Local musicians have already confirmed their coming and we’ll be involving the local Tokomaru Bay community to bring out the locals so a night of fantastic entertainment is assured!

We have more than a dozen confirmed Gisborne musicians heading up so the format will be that the Blues Club will provide music until 8pm and then the floor will be open for local musos to take the stage – it’s going to be a lot of fun!

The Blues Club is providing a bus to venue that will leave from the Gisborne Deli at midday on Saturday.  Accommodation is available at the Te Puka tavern or marae styles down the road with friends in an old converted church – so we won’t be returning until Sunday after breakfast. 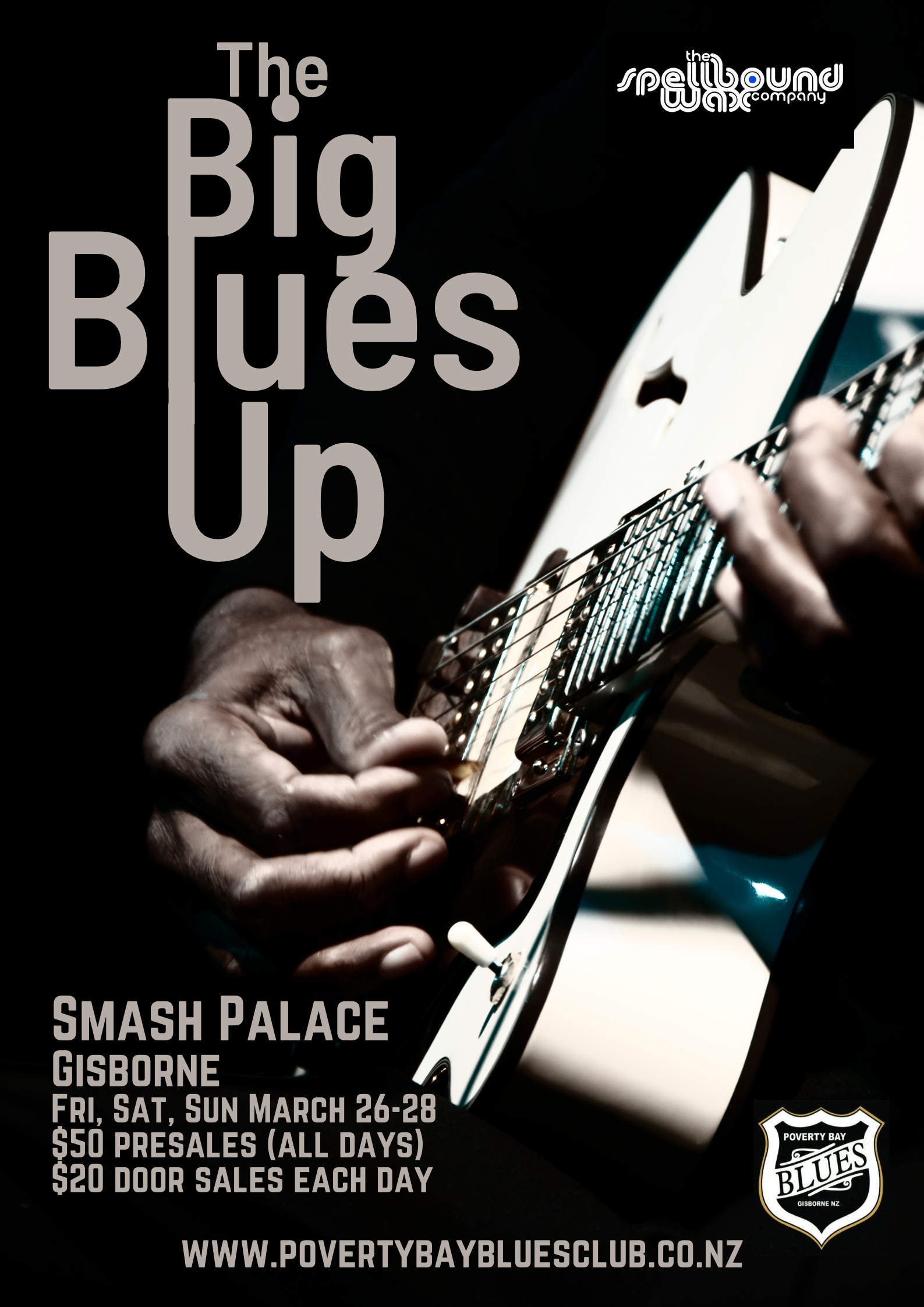 The Blues Club is always looking for general and committee members to support live blues music in Gisborne! Memberships are only $40 /year or $50 /two at same address.
To be on our mailing list, enter your details below.